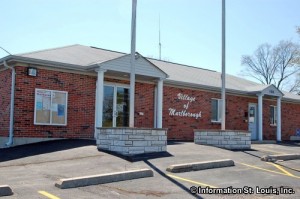 The Village of Marlborough Missouri is located in South St Louis County, centered around the intersection of Laclede Station, Watson and Heege Roads. Marlborough is about 20 minutes southwest of Downtown St Louis via Interstate 44. The Village was officially incorporated in 1944. The population was recorded as being 2,179 residents in 2010.

Marlborough was the location of the famed Coral Court Motel popular with travelers along historic Route 66. Even though the motel was placed on the National Register of Historic Places, sadly the designation did not save it and it was torn down in 1995. The Museum of Transportation in Kirkwood was able to rebuild one of the rooms of the motel on its grounds with salvaged materials such as glazed ceramic tiles and glass blocks.

Do you have a photo for Marlborough Missouri? Send it to us! Submit Your Photo
Ted Gottlieb - Team Ted with MORE, REALTORS

Dennis Norman is a Broker, Owner and REALTOR with over 30 years of experience in the greater St. Louis market. His passion for real estate began a See More Info
314-332-1012
James S. Harrell - Attorney at Law